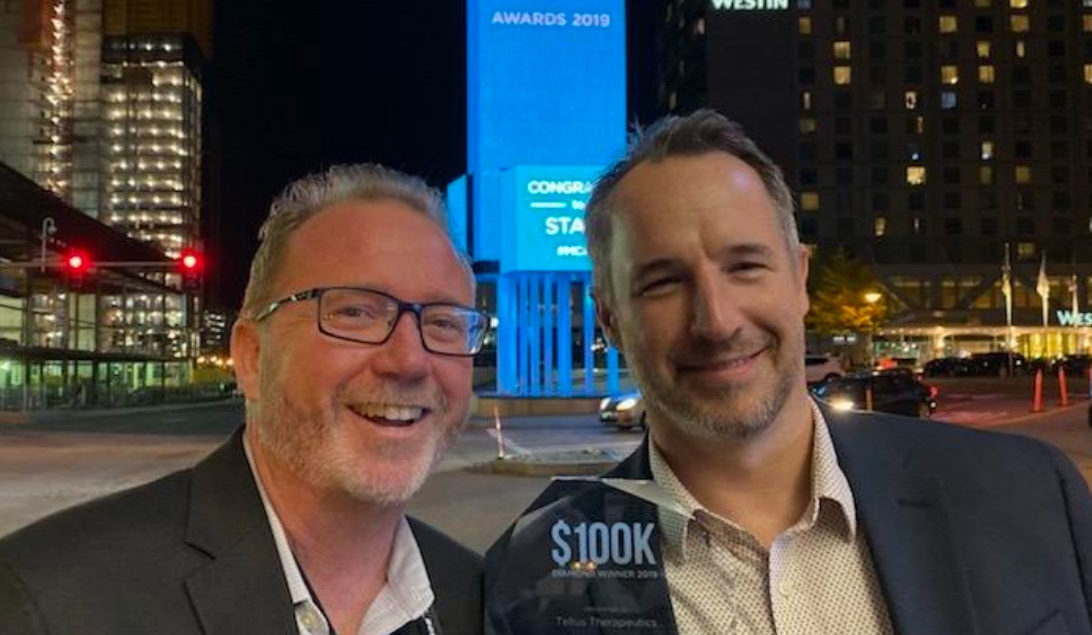 A North Carolina startup that uses molecules from breast milk to help prevent cerebral palsy took home a $100,000 grant Thursday night, the top prize in the annual awards program carried out by MassChallenge, a nonprofit accelerator program for promising businesses.

Tellus Therapeutics, which says it is working on technology to reverse neonatal brain injuries that lead to cerebral palsy, was the “diamond” winner in MassChallenge’s 2019 Boston startup program.

The organization planned to hand out more than $1 million Thursday night to companies that came through its programs in Boston and Rhode Island. They included more than 130 startups that began working on their businesses with MassChallenge over the summer.

Other big winners included Ashored Innovations, which develops commercial fishing technology to reduce marine entanglements and ocean waste, and EnVision Endoscopy Inc., which is building a new suturing device to improve gastrointestinal surgery. Both of those companies received $75,000.

MassChallenge has become a high-profile part of the Boston startup scene in the decade it has operated here. In recent years, it has established programs in Israel, Mexico, Rhode Island, Switzerland, and Texas.

Nathan Blecharczyk, who grew up in Boston and cofounded the short-term rental giant Airbnb, was scheduled to speak at the awards event.

“As a Boston native, I am so proud of the innovation demonstrated by award recipients, and I am grateful to MassChallenge for continuing to support this region’s thriving tech ecosystem,” he said in a statement.

Original article can be found here.